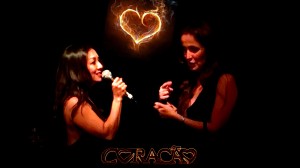 Next stop, Jazz Up North Festival in Cains on Friday, the 3rd of June, performing along side with  Kate Ceberano and then back to the Ellington Jazz Club on Saturday, the 25th June for a beautiful new collaboration – Juliana Areias – Bossa Nova Baby & Brenda Lee Jazz presenting the show “CORACAO” ( Heart in Portuguese). We are looking forward to having you there!