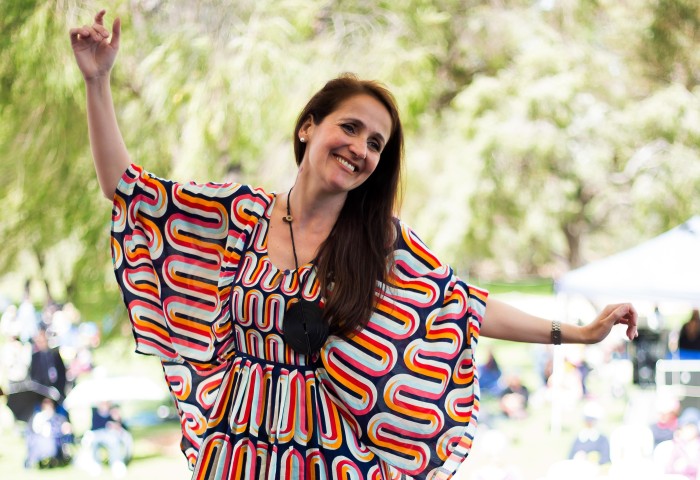 Bossa Nova is more alive then ever with the voice and groove of Brazilian singer-songwriter Juliana Areias. The ‘Bossa Nova Baby’ returns to The Ellington Jazz Club for her last concert of the year to close the celebrations of Bossa Nova’s 60th Anniversary. Her Bossa ‘n Roll Concert will present the exciting origins and evolution of this rhythm that has inspired people to sway gently for 60 years.

Juliana Areias has performed on celebrated stages around the world including the Sydney Opera House, Ronnie Scott’s Jazz Club in London, the Green Room in New York, the Montreux Jazz Festival in Switzerland, the Auckland Festival in New Zealand, the Fukiagi Hall in Japan and the legendary Beco das Garrafas in Rio de Janeiro.

Now it is your turn to feel spellbound by the Bossa Nova Baby, Juliana Areias.

– “The idea of mixing styles and cultures is reflected in Areias’ life and her music.”, Daily Record, Bill Nutt. – USA

– “Rhythmically perfect and passionate vocal delivery” – Jazz and Beyond , The Australian, John McBeath.

– “The toast of the Perth Jazz Scene. The release of Bossa Nova Baby has elevated her above a mere covers singer or bossa specialist. The singer excels in an elegant co-composed duet (Belas Artes) with Australia’s finest Brazilian-oriented 7-string guitarist, Doug de Vries” – The Australian – Tony Hillier.

– “It’s bossa that plays soccer with Jazz – as it has since the 60’s – and scoring a goal. Bossa Nova Baby” is a welcome surprise of good Brazilian music, made far away.” – O GLOBO– Antonio