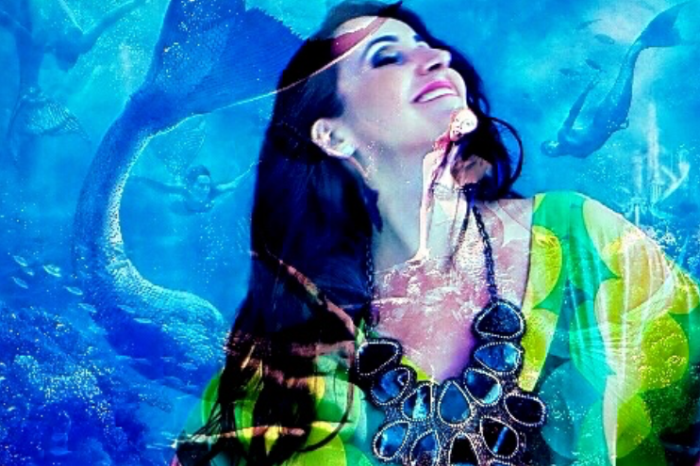 Hoist the colours high and set your imagination free. Perth’s own Brazilian singer-songwriter and recent winner of the USA Focus Brasil Music Award – Juliana Areias, the “Bossa Nova Baby”, invites you on a musical voyage to the tropical waters of her “Oceanos” Concert.

Aboard with Juliana for this maritime excursion are her captains of groove, showcasing the amazing talent and cultural diversity we are so lucky to have in Perth:

Now it is your turn to feel alive and spellbound by the Bossa Nova Baby, Juliana Areias.

– “The toast of the Perth Jazz Scene. The release of Bossa Nova Baby has elevated her above a mere covers singer or bossa specialist. The singer excels in an elegant co-composed duet (Belas Artes) with Australia’s finest Brazilian-oriented 7-string guitarist, Doug de Vries”.– The Australian – Tony Hillier

– “It’s bossa that plays soccer with Jazz – as it has since the 60’s – and scoring a goal. Bossa Nova Baby” is a welcome surprise of great Brazilian music, made far away.” – O GLOBO– Brazil– Antonio Carlos Miguel – Music critic and judge member of the Latin Grammy Award.

– “The idea of mixing styles and cultures is reflected in Areias’ life and her music” – Daily Record, USA – Bill Nutt
More information at: www.julianaareias.com