Turn it up! Turn it on! Juliana Areias live interview at FarofaWA Radio Show tonight 8/8

Talking about this weekend shows with guitarist Mike Bevan coming from Adelaide to Perth after his Japan Tour to perform together  at Cine Vivo ( Sat 12th) and at The Ellington Jazz Club ( Sun 13th). 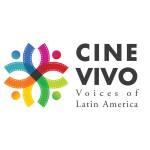 Juliana Areias, the Bossa Nova Baby invites Mike Bevan – one of the best Australian guitarists, based in Adelaide –  for this unique musical collaboration at The Ellington Jazz Club.

Together with bassist Adam Springuetti, they will present an enchanting repertoire of cool jazz, summer sambas, breezy bossas and captivating choros – Brazil’s most sophisticated musical genre, the precursor of samba – authentically performed by Mike in a seven string guitar.

It will also be a great opportunity to enjoy groovy improvisations and interesting originals such as “Estrela Acalanto” ( Star Lullaby) and “Garoto de Copacabana” ( The boy from Copacabana) co-composed by Juliana and Mike during one of Juliana’s trips to Adelaide.

While a teenager, Juliana was introduced to the founders of Bossa Nova by prize-winning music historian and journalist Ruy Castro who also dubbed her the ‘Bossa Nova Baby.’ This direct exposure to the Bossa Nova masters inspired her to become a professional singer and song-writer.

Mike Bevan has performed jazz, blues and Brazilian music locally, nationally and internationally in Brazil, Japan, Korea and the US.

He has produced two CDs with ‘Caliente’, ‘Bebé’ and ‘Menage à Guitar”; two with vocalist Charmaine Jones, ‘A Small Hotel ‘ and ‘Still’; a solo album, ‘Homage’, and ‘Never too Far Away’, a recent collaboration with his brother Andy Bevan.