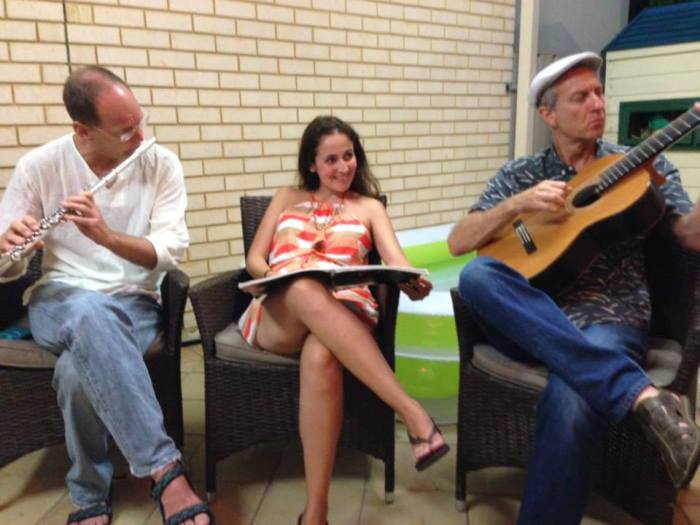 Calling all bossa nova, chorinho and samba aficionados. Juliana Areias – Bossa Nova Baby is back after her inspiring tour to Brazil, the country of Carnival!

The Bossa Nova Baby show has been embraced by audiences across the whole of Australia, Europe and Brazil, showcasing contemporary arrangements of well loved bossa and samba standards – such as “Mas que Nada” and Jobim’s “The Girl From Ipanema”  – as well as Juliana Areias’s original songs from her multi-award nominee album “Bossa Nova Baby”  which has been featured on radio nationally and in Europe, Japan, the United States, New Zealand and Latin America.

Get ready for a sensuous night of fun, rhythms and beautiful music not to be missed, all to celebrate the Latin spirit of the Carnival Month!

– “It’s bossa that plays soccer with Jazz – as it has since the 60’s – and scoring a goal.  –  O GLOBO– Brazil– Antonio
Carlos Miguel – Music critic  and judge member of the “Latin Grammy Award”.